Highlights are as listed in the table below:

Width refers to drill hole intercepts, true width cannot be determined due to the uncertain geometry of mineralization. Cut to 88 g/t Au

*In the above table the 1.1 metre intercept of 609 g/t has been cut to 88 g/t for the purpose of calculating a weighted average. Freegold has elected to cut the drill intercept based on drilling results and statistical analysis conducted in conjunction with the previous resource estimate. The uncut grade is shown for informational purposes.

Drill holes GS2102 and 2104 returned relatively minor intercepts, generally from 0.4-0.5 g/t Au over widths of 30-40 metres, with the highest being 0.86 over 18.3 metres in hole GS 2102. Both holes intersected significant faulting, which may be an be indication of a significant offset. Both holes were located on the northwestern area of the overall mineralized system. Hole GS2122 was drilled towards the western side of the Dolphin intrusive near the historic Tolovana vein zone. The presence of visible gold was noted in hole GS2122 within narrow veins less than 20 centimetres in width. Metallic screen analyses were performed on those intervals. A total of five samples were selected for metallic screen based on the presence of visible gold and these resulted in an average increase of grade of 111%. Visible gold has been noted in several other holes drilled in the vicinity of the Tolovana vein zone and assays remain outstanding for these holes.

Hole GS2103 was drilled as a deeper test of the Dolphin intrusive to the south and was deeper than any previous drilling. The results of the GS2103 continue to confirm that the mineralization extends to depth intersecting a broad intercept of 267 metres grading 0.73 g/t Au from 536.4 metres to 803.4 metres well below the depth of holes in the vicinity. Holes GSDL1149 and GSDL1151 were vertical holes drilled to a depth of 403.3 metres and 287.7 metres respectively.

Holes GS 2118 and 2121 were drilled 25 metres east and north respectively of drill hole GS 2017 which intersected the previously reported intercept of 588 g/t over 1.7 metres. The high grade intersected in GS2121 was within an intensively silicified quartz breccia, and the presence of visible gold was not noted. Results for hole GS2126 and GS2123 drilled to the south and west of hole GS2017 respectively are still pending.

Since drilling resumed in February, 2021, 23,000 metres have been drilled in 43 holes, including holes in progress.

The current program is continuing to test for the potential for a higher-grade corridor, effectively a vein swarm, consisting of multiple veins, veinlets and stockwork zones within areas of intense silicification and alteration extending from the area of the old Cleary Hill mine workings towards the Dolphin intrusive. Drilling is also continuing to demonstrate the potential for higher grade mineralization at Cleary Hill well below the level of previous drilling. Holes are being systematically drilled not only to determine the orientation of the higher‐grade mineralization but also to define the extent of the mineralization which remains open in all directions.

Additionally, drilling will also be directed to the south of the Cleary Hill mine workings where previous workings including the Colorado, Wackwitz and Wyoming vein zones which have never been tested to depth or along strike to the east. Past drilling in the Cleary Hill area has been largely shallow in nature and it is interpreted that the Dolphin intrusive likely underlies the Cleary Hill area at depth. See map for locations of holes completed to date.

Key objectives for the 2021 program:

Assay reporting remains slow, largely as a result of the backlog at the preparatory facility in Fairbanks as all samples are prepped in Fairbanks prior to being shipped to either Reno or Vancouver for analyses. Drill cores were cut in half using a diamond saw, with one-half placed in sealed bags for preparation and subsequent geochemical analysis by ALS Chemex. All assays were performed by ALS Global Ltd., with sample preparation carried out at the ALS facility in Fairbanks, Alaska with subsequent analyses performed primarily using its Vancouver and Reno laboratories. A sample quality control/quality assurance program is in place. Additional measures have been put in place in order to further expedite sample turnaround; however it should be noted the current plan is a systematic evaluation of the mineralized zone and is not dependent upon individual hole results.

Golden Summit was the subject of an intensive drill campaign between January 2011 and August 2013. A total of 36,159 metres were drilled. In January 2016, a preliminary economic assessment (PEA) was produced by TetraTech (Press release – January 26th, 2016). Freegold operates a full service camp at Golden Summit with stringent COVID‐19 protocols in place.

The Qualified Person for this release is Alvin Jackson, PGeo – Vice President Exploration and Development for Freegold.

About Freegold Ventures Limited
Freegold is a TSX listed company focused on exploration in Alaska and holds through leases the Golden Summit Gold Project, near Fairbanks as well the Shorty Creek Copper –Gold Project near Livengood where a drill program is also currently in progress.

Some statements in this news release contain forward-looking information, including without limitation statements as to planned expenditures and exploration programs. These statements address future events and conditions and, as such, involve known and unknown risks, uncertainties and other factors which may cause the actual results, performance or achievements to be materially different from any future results, performance or achievements expressed or implied by the statements. Such factors include without limitation the completion of planned expenditures, the ability to complete exploration programs on schedule and the success of exploration programs. The term “Mineral Resource” used above is defined per NI 43-101. Though Indicated Resources have been estimated for the Project, this PEA includes Inferred Mineral Resources that are too speculative for use in defining Reserves. Standalone economics have not been undertaken for the measured and indicated resources and as such no reserves have been estimated for the Project. Please note that the PEA is preliminary in nature, that it includes inferred mineral resources that are considered too speculative geologically to have economic considerations applied to them that would allow them to be categorized as mineral reserves. There is no certainty that the PEA will be realized. Mineral resources that are not mineral reserves do not have demonstrated economic viability. Without limitation, statements regarding potential mineralization and resources, exploration results, and future plans and objectives of the Company are forward looking statements that involve various risks. Actual results could differ materially from those projected as a result of the following factors, among others: changes in the price of mineral market conditions, risks inherent in mineral exploration, risks associated with development, construction and mining operations, the uncertainty of future profitability and uncertainty of access to additional capital. See Freegold’s Annual Information Form for the year ended December 31st, 2020 filed under Freegold’s profile at www.sedar.com for a detailed discussion of the risk factors associated with Freegold’s operations. On January 30, 2020, the World Health Organization declared the COVID-19 outbreak a global health emergency. Many governments have likewise declared that the COVID-19outbreak in their jurisdictions constitutes an emergency. Reactions to the spread of COVID-19 have led to, among other things, significant restrictions on travel, business closures, quarantines and a general reduction in economic activity. While these effects are expected to be temporary, the duration of the business disruptions and related financial impact cannot be reasonably estimated at this time. Such public health crises can result in volatility and disruptions in the supply and demand for various products and services, global supply chains and financial markets, as well as declining trade and market sentiment and reduced mobility of people, all of which could affect interest rates, credit ratings, credit risk and inflation. The risks to Freegold of such public health crises also include risks to employee health and safety and a slowdown or temporary suspension of operations in geographic locations impacted by an outbreak. As a result of the COVID-19 outbreak, the Freegold has implemented a significant COVID management program and established a full service Camp at Golden Summit in order to attempt to mitigate risks to its employees, contractors and community. While the extent to which COVID-19 may impact the Freegold is uncertain, it is possible that COVID-19 may have a material adverse effect on Freegold’s business, results of operations and financial condition. 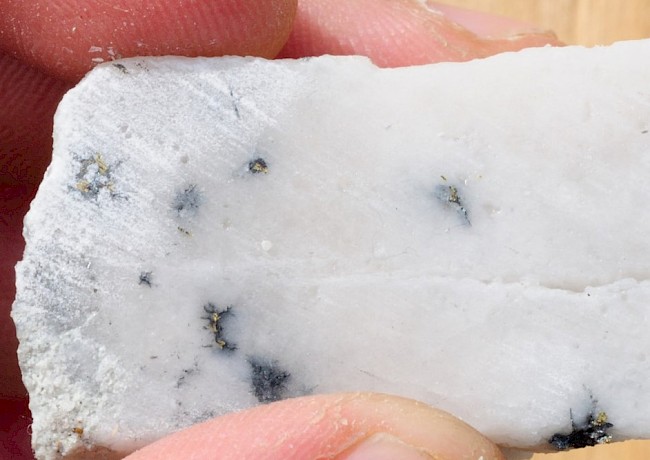 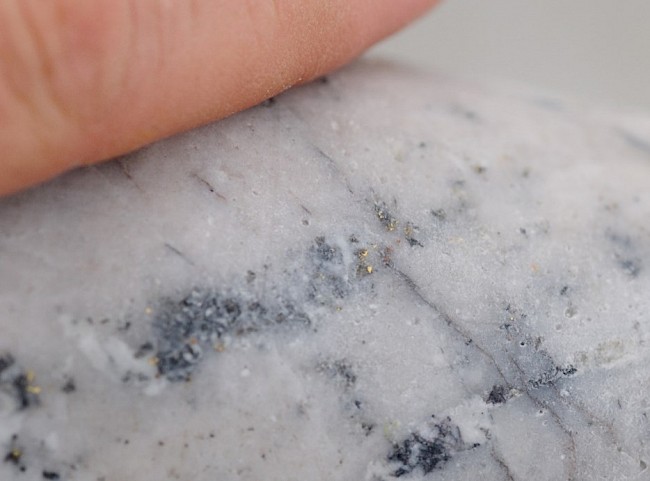 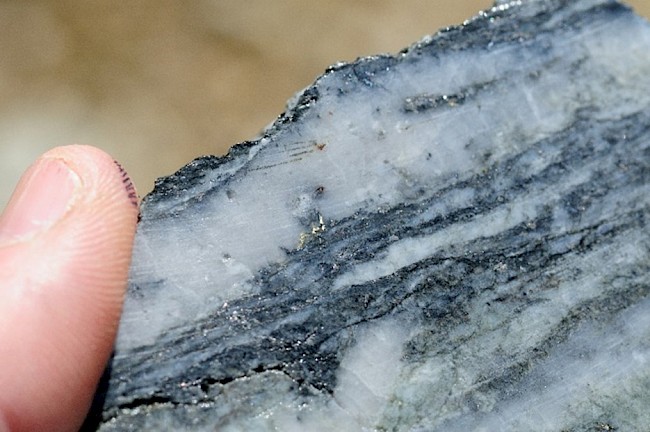 By providing your e-mail address, you are consenting to receive press releases, quarterly and annual reports, presentations and other information concerning Freegold Ventures Limited and its affiliates and partners.